Going to a very posh restaurant for the first time. 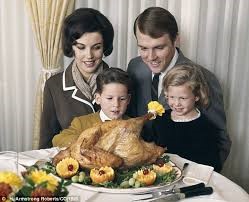 I knew that I had entered the adult world when I was told by my parents that I was going to a wedding and would be expected to eat with a knife and fork. Now this looked like being something exciting. It was time for me to step up to the plate and take the plunge with proper cutlery. I had reached the heady heights of seven and to be given the chance to use real Restaurant Cutlery was a thrill that I was unprepared for. Unlike my seven year old self you might feel more at home with the thought of cutlery and a visit to heritagesilverware.com/category/cutlery with get you some top grade stuff. 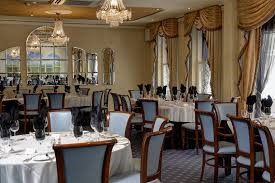 So a wedding and chance to eat in a posh restaurant what could be finer. “Who’s getting married?” I asked my parents barely unable to contain my excitement.

“It’s your Uncle” said my Mother.

“Oh, good” I said. I had been unable to process solids for the last Uncle that had got married so this was shaping up to be a real learning experience. My excitement grew. I then asked;

“Where is the wedding?”

“It’s in Blunsdon Church where you were christened and all the rest of us in the family as well apart from your Father. Daddy and I got married there too”, replied my Mother heartened by my sudden apparent interest.

Unimpressed with this display of family history I got to the part I was really interested in.

“No. I mean where is the party bit happening?”

“Oh, in the Blunsdon House Hotel” she said.

And there it was! This was the conformation my seven year old self was waiting for! The House hotel was the pinnacle of dinning. My Mother and Grandmother went there to carousel with the local Blunsdon Hoi polloi every Saturday night leaving me with a Starbar and a can of R Whites and my Dad with some surreptitious fags. On the odd occasions that I was allowed to go there and have a watery Coke I was stuck by the places many restaurants. The Ridgeway was the best. You could see into it as you went to the loos and it contained such mysteries as I have never seen. Strange round silver globes were brought to tables and then opened to reveal food that knocked my Mother Liver and onions into the middle of next week. Perhaps they could produce a Ragu of Kidneys without it just being dried ones in gravy ad rice. And what was this? They appeared to set fire to food at the table! Great big gouts of flame spewed into the air. And now I would be going into this lion’s den of dining. I would finally make it through the double doors.

In the end I found out that we had to cut short a holiday in Paignton so we only got a week there to attend the wedding and when we did get to the Ridgeway the roast spuds were so hard someone broke a tooth on one. What a complete let down.