What is special about the WiFi router Google? OnHub compared with its competitors 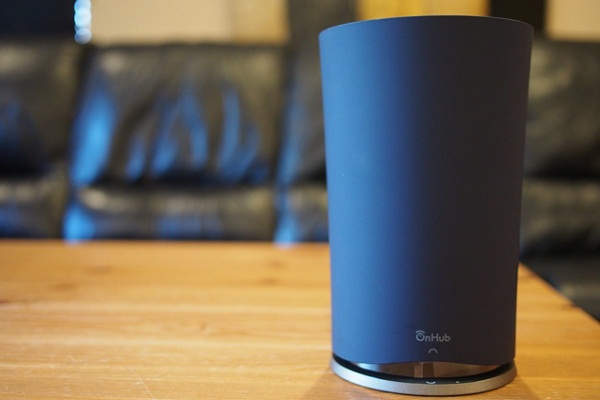 It is called OnHub and claims to be a wireless router that comes from the future. Specifically, one in which the wireless connectivity is the main element of a home network. They have not yet presented to us in person, but their impact has been quite high. Not surprisingly we talk about Google.

But what comes to offer the new OnHub of Google? Router Considering its $200 price, technical specifications and promises, we will compare it with its main competitors in the market to check whether there is a real alternative to existing routers.

Although Google has based much of the initial impact of your router on ease of setup and use, does not leave out the promise of speedy and reliable wireless users. It follows the wireless specification, antennas and configuring them is responsible.

The OnHub of Google is a router of AC1900 type, i.e. with a maximum connection speed of 1.9 Gbps, support for 802.11 a / b / g / n / ac and double configuration band 2.4 and 5 GHz. Google talks about the 13 antennas provided by your router, twelve of them aimed directly to connectivity.

Although not shown, we understand that this is a 3×3 router able to use up to six antennas at the same time, three for sending data and the other three for the reception. In the price range of this router, Google most teams are AC1900 Dual Band models but it is not difficult to find triband top models or faster spending at the margin.

If we compare the maximum speed capable of reaching the wireless network of this OnHub with some routers market reference similar specifications, that’s how Google model is:

In the table, we can see that at the level of maximum bandwidth, number them or performance router Google is not particularly competitive price.

“A failure to effectively demonstrate their antennae circular design, we know for sure is that when internal cannot modify or change its position according to our needs”

On the configuration of the antennas, the Google OnHub is internal all of them adapted to a circular shape router design. Without knowing the actual performance of this design and its impact on the coverage, what we know for sure is that, unlike other models on the market, there is no possibility or modify those antennas or their position or power.

The antenna number 13, which could give a new film by Antonio Banderas, Google uses it to help the other 12 networks to manage our wireless network traffic. Not too many details, at least until we see how the application responsible for managing and configuring the router works, but Google points to two situations.

One of them is the one that promises to be more transparent to the user: the 12 antennas Wi-Fi six working for the 2.4 GHz band and six for the 5 Ghz, are responsible for regularly go scanning signal and network status for interference from other networks or elements, and along with the antenna number 13, circular, are responsible for automatically adjusting network parameters depending on saturation.

How Google decides when there is saturation and how to solve it surely will be controversial because some of these data have admitted that Google will go to the cloud to analyze and make decisions. The existential question whether that information can assume that Google makes decisions on behalf of their services will always be present. For now all we have said is that the collection is limited to information connected devices (i.e. they will know which and how many are in our network at least) and network performance.

The other mode of use, of which no more details, for now, puts some choice in the on the application, that allows the user himself to give priority to a particular device to use faster Wi-Fi when needed.

Do you sound these options? Exactly, it is basically what we know in today’s routers and QoS. And although some routers market the user is allowed to (have to admit that most times so too) manage it, it is usual that the router itself make it automatically, just like Google promises.

This system is responsible for a router to prioritize bandwidth based on the state of the network and user needs according to certain criteria. Google is unlikely to allow much play with this as a “classic” router minimum of what we have is prioritized by protocol or ports.

In addition, many of the routers on the market in the range of 200 dollars include enhancement technology coverage.

Simply is limited to Google

We continue our comparative for the most striking aspect of the proposed Google: make the management, connection, and control of our wireless network easier than before.

The fact is that what is proposed Google is not exactly new. We have been a few years when, as happened to the NAS, some manufacturers have been moving (at too slow a pace, needless to say) to adapt the methods of configuring routers to the world of applications and attractive interfaces and visual.

Google has removed the naked eye buttons and controls on your OnHub router. For the implementation, it uses a good idea you had with your Chromecast. Thus, a speaker located on the top of the design allows, without the user noticing it, our smartphone with On application to communicate directly and unequivocally with the router and can begin the installation, basically assign a password to our network Wi-Fi.

“Google wants to make transparent the management of the Wi-Fi network. And interestingly can those who are interested in managing their networks but do not look precisely controlling simplicity”

The other control and management will continue through the application, where Google has said that we can know the status of the network, which devices are connected, etc. But do not talk about something that comes as a novelty to the market but certainly will from now on the interface, applications and how the user “see” your router and the wireless network change for the better.

The question I have about the proposal is that Google can the user who wants to seduce an intuitive network management and through an application on your smartphone is not exactly the one who wants to know those details. We buy what transparency, but few intensive internet users will see the option to Google what they want.

Because without reaching the simplicity of On, there are many options on the market that relieve configuration and network management with better interfaces and even applications, without having to control it. The one who comes to this idea of maximum simplicity (and little control) is Apple with its model of router Express.

If we look advanced and worked, there are many brands with large developments. Two examples are ASUSWRT ASUS, which slightly updated the rough and common interface via web browser routers and Netgear Genie, which has versions for the browser, computers, and mobile devices.

Since they do not just know the status of the network or connected devices but include management of the network itself, printers, multimedia equipment, parental controls, guest networks and cloud space.

A router to assault the living room

So far it does not seem that Google router you have done very well in our comparison. But we have two other points which we believe has much more successful. The first is the design.

The router Google does not seem in fact a router. He is more like a speaker and we have no doubt that this design will be one of its attractions, even more than the promised ease of use and performance. Another thing is that for now can be placed as Google aims in the important household or central sites, which usually is not the point of connection or adequate food. In the photos is perfect, could not be less wirelessly between, it seems that you have forgotten creative.

The idea behind the new design Google is also aesthetic, functional. I’m not one to hide the router because I have clear how the signal I get it worse , but for Google is a large market of users who would like to teach more, and making it attractive get that if the situation in different places is best for coverage .

What spoiled design it is also reflected in the ambient light sensor that includes. With him is achieved adjust the intensity of lighting, as we have seen is not based on LEDs that Google considers unreadable for most users, but in a single band with two base colors: green (red working properly) and orange (when there is a problem that we must address).

More prepared for the future than for the present

Let’s talk about connectivity. The OnHub is quite separate from the idea that we currently have a router for the home. And we are not referring only to the design, as we have seen in the previous section.

If you look at the usual ports of a classic router, this model is quite short of them. Only includes an Ethernet port, which means that we will have the option to connect directly to cable a single device, either the computer or a NAS. The other port we have is a USB 3.0.

“To give value to OnHub has to think about the team in the medium term, with the now fully integrated home automation”

Typically, in very basic routers today is to find a pair of USB ports, four Ethernet minimum. Here Google assumes that most home devices will be connected via Wi-Fi, so do not think about who has wired the house or many devices to add to the network directly connecting to the router.

A performance level, processor, RAM and internal memory are among the best in the market. Typically in this price range it is that the processor is a dual core with less than 512 MB of RAM, and here the router Google doubles the minimum. In addition includes 4 GB of internal memory that Google enables to download and install multiple updates that promises , which indicates to be performed automatically, much along the lines of that nonchalance they want for users but collides once again with the device control by users who so wish.

Neither has it seemed (looking at the data sheet published by Google) that the OnHub has been designed to extend the home network. We imagine that will be more models of this router and via the application, but we miss a clear reference to the WDS technology, “standard” method to extend the home network directly and transparently to the user. Nor is news that, like other routers, the USB port can be used to place a USB adapter with 3G / 4G connectivity in case we need it at some point.

OnHub it is shown where it is strong in the future. The inclusion of Bluetooth 4.0 and numerous protocols designed for the automation and the internet of things gives us many clues that this is the first product of Google to centralize the tangle of data and network devices that our house will join soon. And there’s nothing like it on the market.

With its brightness to the head in the OnHub we find protocols and connectivity Weave, thread and IEEE 802.15.4, although Google has been left by the way one of the most currently used (Z-Wave), it comprises more than 350 companies related to the business of home automation.