History of the Hoodie 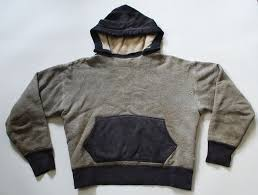 Hoodies are one garment that most people have one, if not more, of in their wardrobes. Whether you like a branded hoodie perhaps Farah Hoodies or those of a neutral nature, they are a garment that has a longer history than most people think.

The hoodie was first brought about as a way of helping warehouse workers in New York in the 1930s to keep warm during the cold winters in the city. They are essentially sweatshirts that had hoods sewn into them. The garment was originally marketed as workwear for those people who would be subjected to the freezing temperature of working in warehouses or in manual jobs that required them to spend large amounts of time outdoors.

It wasn’t until the 1990s that the term ‘Hoodie’ entered into mainstream fashion. Since then we have seen an explosion of the types of hoodies available there are those that are based on the traditional garment and are pulled on and off tops, as well as ones with half and full zips also being made available. The traditional over the head hoodie usually also contains a muff that is attached to the torso area to allow the wearer to also keep their hands warm.