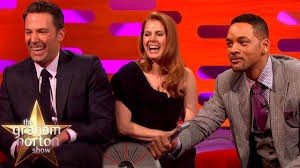 On the Graham Norton show there is a chair. It’s quite a comfy one but there is one marked difference to this chair. If you tell a story that displeases Graham, he pulls a lever next to his chair in the studio and you get flipped out the back. It’s nothing like the sedateness of a nice Eames Eiffel Chair or Eames Chair where there will be no such flipping thank you very much. Why not pop along to the following website at https://www.pash-classics.com/eames-eiffel-chair so you can have a look at some of them. Sit in an Eames chair and you’ll never appear boring again. 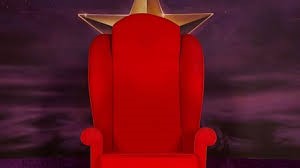 The premise is simple. A member of Graham’s audience who have sat patiently and attentively through his  show watching him laugh and carouse with some big Hollywood names plus some domestic stars too as they plug whatever book they have wrote or what film they are in or their new single which comes out Monday. The stars have entertained us with their anecdotes and banter but now it is time for the members of the public to have a go. Their objective is to sit on the big Red chair and tell a story about themselves, usually personal and if it is of a mildly sexual type then so much the better. Graham and his new gang welcome all. Waiting with his switch is Graham, although obviously the Hollywood stars get a go as well if they fancy it. With the country and the stars all watching the talking begins.

Woe betide you if Graham or the Hollywood stars think your story is not amusing to them, as if you don’t entertain then you get flipped out the back as Graham consults with his very rich and high-powered friends and pulls the plug on them. The member of the public goes safe in the knowledge that they have incurred the displeasure of an A list Hollywood star or starlet.

Many people seem to want to be flipped in the chair as it becomes somewhat of a test to see if you can shock the guests and Graham enough to warrant you having a body flinging moment. The celebrity guests really get into the fun of the red chair with the Americans particularly finding it amazing that we allow this kind of thing to happen on a talk show.