Collecting Coins from the Roman Empire 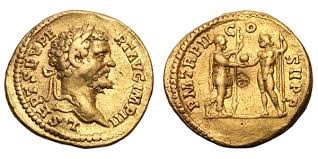 Any numastist, the official name for a coin collector, worth their salt will get excited when they find out that a dig is going on at a Roman site. The reason is that the best thing about Roman coins is that they can easily be dated and confirmed as to what era of the Empire they come from. While there may well have been some kind of token or coin trade before with the advent of the Roman Empire we have a first fully established trans global economic structure stretching from the Hadrian’s Wall at its Northern edge to Israel and Palestine in the east and Egypt to the South.  We’ll try and peak your interest with a quick history but a good start is to look at a Coin Dealer UK to get some better ideas on how to start collecting coins. 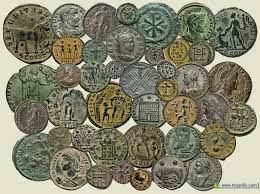 The first Roman coins minted were in the years four hundred BCE onwards. Coins and money are representative values that can be used to purchase goods and services and as the Empire expanded so did the need for an economy based on this system. The first “coins” were simple bronze weights but they slowly changed in to recognisable coins that we would know today as a way of promoting the latest Emperor and establishing there authority on the Empire. What better way than to have your face on the very thing that the Empire thrived upon and the lowest in society to the highest had to use.

Coins could also be minted at will for the sticks that a Influential and rich Roman dignitary had. Sulla, a pre Caesar post Republic Senator and leading General paid his troops via coins created from his Silver and Gold horde.  This was in eighty four BCE and it was a tip that the very great Julius Caesar learnt forty years later when he did the same thing to his troops. He paid them well and they in turn showed him remarkable loyalty. It was a mark of respect on both parties part and Caesar ensured it was his head on the coins to illustrate who had given them. It was Octavian, Caesar Augustus’s ascension that saw a uniform type of coin install throughout the entire empire. As the first coin this are great finds.

Common types of coin found are usually the copper Sestertius (or Sestercii if you have a few) which is about the size of a modern 2 pence coin and the silver denarius, or denarii if you have a nice load of them. They are a similar size to out ten pence piece. The most sought after are the gold Aureus and Solidus.