The balance of Law 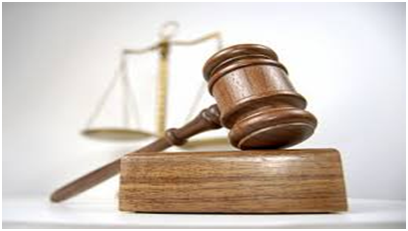 The Criminal Justice System in the UK involves many agencies collaborating to ensure our country remains a safe place in which to live and work. Such agencies include the police, the Crown Prosecution Service, Probation Service, Prison Service, Courts and many others. The CJS also includes the Home Office and the Ministry of Justice. Law Officers, The National Offender Management Service and The Serious Fraud Office are also part of the vast network.

In a nutshell, once the police have arrested a suspect and evidence has been gathered, it gets put before the Crown Prosecution Service who decide whether it’s in the public’s best interests to try to get a conviction. The stronger the evidence, the greater the prospect of securing a prosecution. Helpful technology for this is the use of Body Worn Cameras which supplies a first person perspective of what the police officer experiences. For more information, visit http://www.pinnacleresponse.com/body-cameras-and-the-law/. There are 43 police forces across England and Wales responsible for the investigation of crime, collection of evidence and the arrest or detention of suspected offenders. Once a suspect is held, in minor cases the police decide whether to caution them, take no further action, issue a fixed penalty notice or refer to the CPS for a conditional caution, or in the more serious cases, send the papers to the CPS to decide upon prosecution.

The Ministry of Justice has responsibility for different parts of the justice system – the courts, prisons, probation services and attendance centres. Its work spans criminal, civil and family justice, democracy, rights and the constitution. Many people are employed here ranging from court ushers to crown court judges.

The Home Office is the lead government department for immigration and passports, drugs policy, crime, counter-terrorism and police. This is where the policy is made for approaches to crime and home security. The Serious Fraud Office prosecutes serious or complex fraud, and corruption. This is where some of the most high profile cases are dealt with and are likely to attract much media attention.

The National Offender Management Service makes up the Probation Service and Her Majesty’s Prison Service and provides administration of correctional services and prisons in England and Wales. Prison and probation services ensure the sentences of the courts are properly carried out and work with offenders to tackle the causes of their offending behaviour.