Six types of winch and their applications 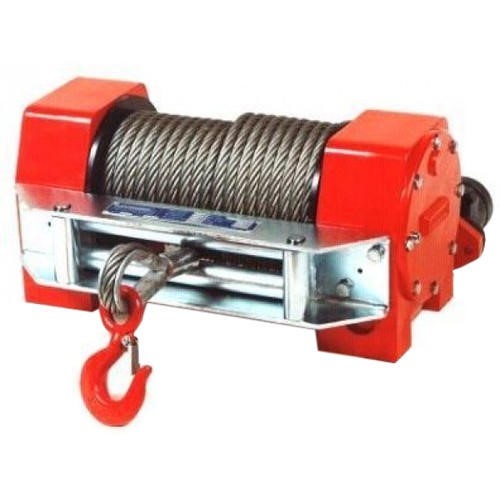 In essence, a winch is a drum of cable, wound by a mechanism. They’ve been around for a long time; hauling ships toward capstans, tightening rigging and lifting heavy loads such as sails. On land, many cranes and hoists depend on them too.

Over the years, there have been countless improvements: many now incorporate locks, brakes, ratchets and gears to control their work ratios. They can be powered manually, electrically, hydraulically, pneumatically or by a combustion engine. Some use a combination of power sources, for example a hydraulic winch with a solenoid controlled pawl. Below are six basic types.

These are mostly used for lighter work but can be operated by the batteries of transporting vehicles. They are relatively portable but not really suitable for extended use.

This includes air hoists and air tuggers. Their usual power source is compressed air and they are common in marine, oil, gas, and construction sectors. Compressed air winches are relatively environmentally friendly, efficient and easy to lock so that a load can be held in a particular position.
Hydraulic winches

The hydraulic winch depends upon the transmission of force through a liquid medium, such as the examples here:  https://www.brevini.co.uk/power-transmission/winches/ ).

Hydraulic winches have an advantage over pneumatic versions because liquids are less compressible, but otherwise share similar advantages. They are energy efficient and can be locked in position with less expenditure of effort than electrically powered winches. They deliver long and consistent pulls for extended periods and can support heavy loads. They also work underwater.

These can be powered by any of the above means and use a crankshaft and dog clutch to engage power (see one at https://i.ebayimg.com/images/i/290945234559-0-1/s-l1000.jpg). The line is easy to guide in any desired direction which is often an advantage in maritime applications and they can achieve a high speed pull.

Another mostly found on ships for dropping anchors and similar operations. The cable is maintained firmly on the drum, so loads can be dropped or retrieved faster.

These small winches have a spool at 90 degrees and are designed to rotate in one direction with a ratchet locking the other. Just a few turns on the drum and a light tension on the tail of the rope sustains a high load by friction. They are common on sailing boats.