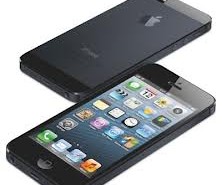 Almost everyone carries a smartphone around with them these days. With their ready availability, why wouldn’t you? Networks are getting better each day, prices are dropping and new technologies are making smartphones smarter and smarter all the time. When it comes to the best of the best, two companies have been frequent players: Apple and Motorola. Apple recently released their iPhone 5 and the buzz is loud. The new version of the phone is slimmer, has a bigger screen and more functions than previous models. The iPhone may be the original touch screen phone as we know it today, but does that necessarily mean it’s the best? Motorola has resurrected the RAZR, filled it with Android technology and added components no other Motorola phone has, making it the Optimus Prime of the phone world. If you’re in the market for a new smartphone, you likely have your own set of biases. Maybe you buy every device Apple releases or maybe you’re a big supporter of Google and the Android environment. Either way, a good side-by-side comparison can help you see something you miss by reading nothing but fan boy blogs. With that in mind, here’s a look at the difference between the RAZR MAXX and the iPhone 5.

For many, the screen is a big point of consideration when choosing what phone to purchase. Apple is known to go all out with their screens. With a resolution of 1136 x 640 and 326ppi, the iPhone 5 is bright and appears richer in its color. The screen is bigger than it used to be. In fact, the screen is now a full four inches, compared to the previous generation’s 3.5 inches. The RAZR MAXX doesn’t sit back and let the iPhone steal the show, though. Boasting a 4.7-inch screen and a resolution of 540 x 960 pixels, Motorola heard Apple fans and they did something about it. The resolution isn’t quite as high as Apple’s Retina display, but the size of the screen certainly makes up for it.

The processor and GPU

The iPhone 5 comes with the brand new iOS 6 operating system, which comes with a lot of updates that make it much quicker and better than phone has ever been before. The A6 processor that powers the new phone is supposed to make it much quicker and provide a good picture, but it is slightly unclear yet because the phone has not been fully tested by users. Motorola didn’t want to sell their users short, which is why the RAZR MAXX uses an S4 CPU and an Adreno GPU, which makes the speed and graphics terrific for anyone wanting to game, use applications or watch videos on the phone. The RAZR has certainly stepped up its game by switching over to the S4 CPU, making the entire user experience quicker and snappier than ever before.

If you want to stay on top the latest apple trends and crazes, the 16 GB iPhone will cost you around $200 with a contract, with a jump-in price for models with increased storage space. It’s a pretty good price, especially when you consider all of the upgrades that come with the new version of the phone. If you are already an Apple user, the iPhone 5 allows syncing all of your different devices much easier. The RAZOR MAXX also starts around $200, although there are versions of the phone that cost less. For the same price as the iPhone 5 you will receive a faster running processor and a GPU that will keep you gaming like you really want to. You will also be paying the same price, but for a much larger screen.

The battle between the RAZR MAXX and the iPhone 5 really comes down to personal preference. When it comes to hardware and price point, the phones stack up nicely. If you are an Apple person, chances are good you will stay with the iPhone, but consider doing research and reading reviews until you have all the facts. There are phones out there like the RAZR MAXX that certainly give the iPhone a run for its money.