Six Species that are Unique to the Amazon Rainforest 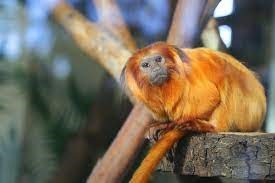 The Amazon is a place of amazing biodiversity and many species of plants and animals that are not native to anywhere else in the world. This huge south American eco-system is under threat from deforestation, and many species are threatened and in danger due to this.

There are many species of plants and animals that can be found in the Amazon that are native only to this region. Here are a few of them…

Amazon River Dolphin – These are one of the most striking and unusual animals unique to the Amazon. They are similar to the other dolphins but have a longer nose and a pinkish colour to them. They have been threatened due to habitat loss and pollution, but work is being done to help increase their numbers in the Amazon River. 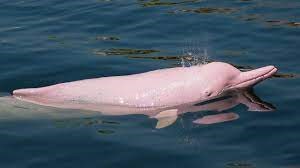 Rubber Tree – This tree was valued by the native people for centuries before the rest of the world knew anything about it. This is the tree that rubber is obtained from. It is native to the Amazon rainforest only, however some seeds were smuggled illegally to south east Asia so there are some man made plantations in other parts of the world. The sap is what makes the rubber and is still used today by places like this UK rubber moulding company www.meadex.co.uk/rubber-moulding/ to make all sorts of rubber items.

Golden Lion Tamarin – These colourful primates are named due to their resemblance of lions, with their large golden manes. However, in size they are considerably smaller than lions, measuring an average of only eight inches! Deforestation of the Amazon has threatened them and put them in a precarious position as their numbers have continued to dwindle over the years.

Amber Phantom Butterfly – These stunning butterflies live in the dark parts of the rainforest. Their name comes from their transparent wings that have a slight amber hue to them. The dark parts of the forest that they inhabit provide them with their favourite foods – rotting fruits that have dropped from the tree canopy above.

Lobsterclaw – This intriguing plant is named of course for its claw like appearance, that is like the claw of the lobster or a parrot’s beak some people say! They are found the rainforest canopy and are a valuable source of food for many species, including hummingbirds that collect nectar from the flower of the plant, as well as making nests on it.

Carachama – This strange looking fish that lives in the Amazon river is actually a type of catfish. Its strange scales are hard providing it with its own protective armour-like layer – useful when there are so many predators in the River Amazon! Sadly, despite the protective armour, over fishing and pollution have put this fish in danger and as its numbers are so low, it is now illegal to catch it and eat it.