Real Christmas trees bring something special to the festive atmosphere in your home. The distinctive smell of fresh pine, the fullness of the branches and the calming benefits of bringing nature inside the home. Here is a guide to the most common trees you’ll find available to become your next Christmas tree:

These trees have become the bestselling trees in Britain in recent years. Although they are more expensive and less fragrant, they are popular due to their impressive needle retention. The Nordman fir offers a great shape too, with symmetrical lines and a lush dark green foliage. They were originally found in South Russia and have a soft touch feel which also makes them ideal for a home with young children.

The Norway Spruce is the quintessential British Christmas tree and has been gracing our homes and public spaces since the Victorian era. A lovely bright green colour with a pleasant aroma, the only down side is that they lose their needles quite easily. If you have your heart set on a Norway Spruce, then wait until later in December to purchase one and keep it well-hydrated.

Similar in appearance and smell to the Norway Spruce but doesn’t lose needles quite so easily. Popular in America, the Fraser has a narrower base so is the perfect choice for small or tight spaces. The Fraser Fir is the bestselling tree in the U.S and is the variety used to decorate the White House. Wonderfully aromatic and tall, it makes a great statement Christmas tree. For your own choice of Wellingborough Real Christmas Trees, visit Welford Christmas Trees

An amazing fact about Douglas Firs is that one acre of them can provide oxygen for 18 people for one day. This is another variety that’s more popular in the United States and has been since the 1920s. Its needles are soft and come in a dark green, often blue hue with a refreshing citrus aroma and excellent retention of its needles. 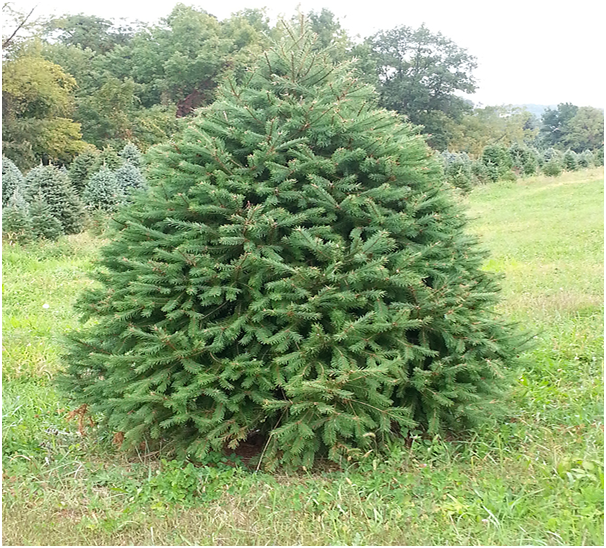 If you want a stunning heavy-duty tree for hanging large decorations from, then the Noble should be the choice for you. The Noble has very strong branches with green-grey upward tilting needles. They are native to North America, in particular the forests of Oregon and Washington but were introduced to the UK in the early 19th century. If you have your heart set on one of these for your home, they can be hard to come by and will cost more but they have one of the best needle retention scores of all the trees.

A tree that’s native to the UK, the Scots Pine is not so common but has beautiful bright green/blue needles on full branches. It’s known for its fresh fragrance and amazing needle retention, which don’t even drop when dried out. They are quite sharp though, so this tree might not be the best choice for a home with young children.