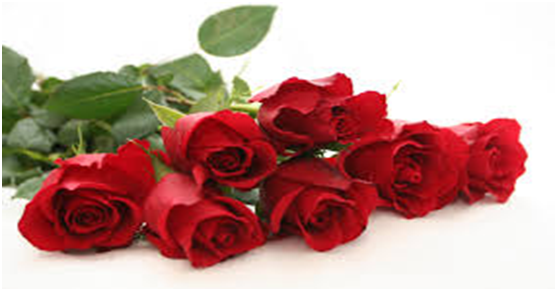 Valentine’s Day is renowned for being the ‘most romantic day of the year’, an opportunity to show our feelings for our loved ones with cards, flowers or chocolates. But where did it all originate and why is it that we celebrate it in mid February? The history surrounding Valentine’s Day is a little murky but here are some thoughts on the day of love:

How did Valentine’s Day begin?

Valentine’s Day is an old tradition thought to have originated from a Roman Festival known as Lupercalia and this seems to form the basis of a celebration of love on this date. It was held on February 15 as a fertility festival dedicated to Faunus, the Roman god of agriculture. Young men were said to have stripped naked and spanked young women with goat skin whips to improve their fertility! Also during the celebrations boys would draw names of girls from a box and the pair would be partners during the festival. These pairings often led to marriage. The festival survived the initial rise of Christianity but was outlawed at the end of the 5th century, when Pope Gelasius declared February 14th St Valentine’s Day. For your own bit of naughty fun this Valentine’s Day, think about ordering some Online Sex toys. For more information, visit http://sexcite.co.uk/.

Who was St Valentine?

According to the Catholic Church there are at least three different saints named Valentine or Valentinus, all of whom were said to have been martyred on 14th February. One version claims that he was a priest from Rome who served in the 3rd century. Emperor Claudius II banned marriage when he decided that single men made better soldiers and when Valentine felt this was unfair he broke the rules and arranged marriages in secret. Making him a real sucker for a romantic story and the perfect icon for a celebration day of love. However, when the emperor found out he was thrown in jail and sentenced to death.

Other legends suggest that he may have been killed for attempting to help Christians escape harsh Roman prisons where they were beaten and tortured. Another idea is that when he was sent to prison, he sent a letter to a young girl he had fallen in love with and signed it “From your Valentine”. Legend has it, that this was the first ever Valentine’s Day message.

Why is Valentine’s Day celebrated on 14th February?

Some believe that Valentine’s Day’s is celebrated in mid-February to mark the anniversary of St Valentine’s death. It’s thought to have happened in the middle of the month around 270 AD. While others maintain that the Christian church decided to place St Valentine’s feast day at this time of the year in an effort to ‘Christianise’ the pagan festival of Lupercalia.

Why are Roses associated with romance and Valentine’s Day?

In the early 1700’s, Charles II of Sweden brought back the Persian poetical art known as the “language of flowers” to Europe. Ladies fell in love with all the dictionaries of flowers, their symbolic meanings and what their names mean. The red rose was believed to be the flower favoured by Venus, the Roman Goddess of Love, and has therefore come to represent that.