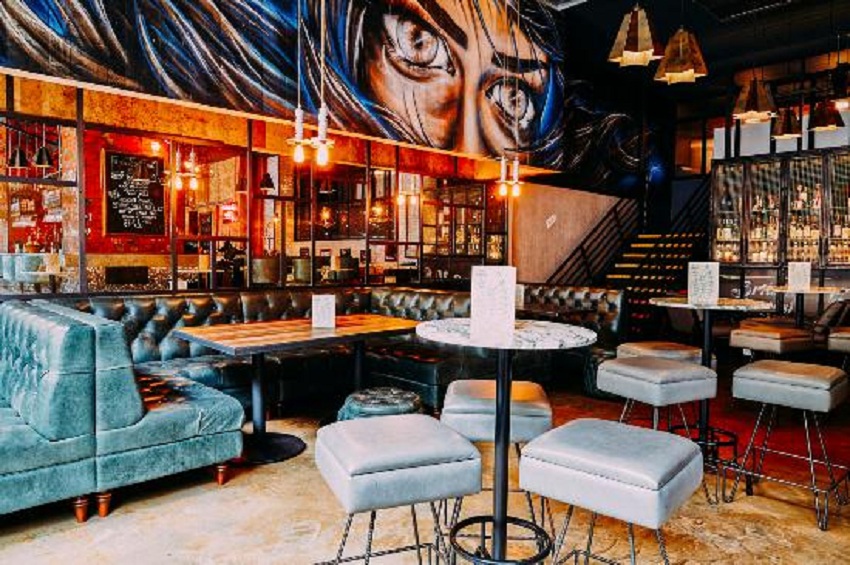 There’s an old saying, “You can run, but you can’t hide.” Unfortunately for restaurants who prefer to skirt around some of the niceties of proper sanitary procedures—like keeping rat poop out of the kitchen!—today they can neither run nor hide.

This is great for consumers. Many health departments are posting the results of their inspections online for everyone to see and other sites like the New York City based Barely Legal Restaurants are publicizing the worst offenders to an even bigger audience.

No longer can sketchy restaurants post their department of health score in some darkened corner of their empty dining room with the hopes that the world will never find out. And, the spirit of knowledge is power, we’re going to open up our Unsanitary Restaurant Hall of Shame and celebrate the infamy of some of the worst offenders.

1. Grand Sichuan St. Marks New York City, New York.
First, any Chinese restaurant that invokes Saint Mark has to be suspect right off the bat. The first of the alleged violation here was “evidence of live mice in the facility’s food and/or non-food areas.” Or, more simply put: rat poop everywhere. And, in what might be a health inspector’s sense of understated humor, he noted a little later in his report, “Facility not vermin proof.” Oh, really? I would have never guessed. But, don’t worry about the alleged rats getting lonely, according to the inspector live roaches were running around as well.

2. Taco Grill West El Paso, Texas.
The “Kitchen Cops” at Channel 9 in El Paso report that this restaurant was so bad it had to shut down for a while to get in line with health department regulations. Among the problems the inspector noticed was that employees were not washing their hands properly. Have they not seen the Seinfeld episode where Poppy exits the bathroom without washing up? There’s no excuse for this behavior. Also, apparently the walls were covered in grease, fruit flies were buzzing the kitchen like they owned it and there was a bag of rotten potatoes sitting around.

3. Mossfire Grille Jacksonville, Florida
Are we surprised that a restaurant owner who thinks “moss” is appetizing enough to use in its name would allegedly have black mold growing in its ice machine and splash guards? The fun doesn’t stop there. The inspector also says he found 300 “semi-dry” rodent droppings. We give this inspector an award for 1) counting them, and 2) taking the time to judge their moisture content. Nice work.

4. Super China Buffet Erie, Pennsylvania.
This restaurant received some colorful alleged violations: black residue and pink slime in the ice machine. We must note that those colors were very chic during the fall fashion season that year. (However, that color pairing was getting a little passé: they found black residue and pink slime in the local Perkins Restaurant as well.) Also, apparently the folks at Super China Buffet haven’t gotten the message that many of us prefer natural foods. The inspector said he found “chemicals stored on the same shelf as food.”

5. Panaderia Estrella San Marcos, California.
This translates to “Star Bakery” in English, but it’s doubtful that the Michelin critics would award it any stars, if the health inspector’s report is an indication. He found five live grain beetles inside of a bag of flour and fruit flies infesting the restroom. One sink was backed up and the other was draining directly to the sewer. The inspector found and confiscated 34 bags of corn chips that were only labelled in Spanish—there has to be English labeling as well. Fortunately this was just in time for the health department’s monthly potluck. (Just kidding. I’m sure they were handled in a thoroughly professional manner.)

These are only some of the most egregious infractions found. In almost every case there were also occurrences of improper temperatures, which can also be a problem for home cooks. Finally, we should say that when health code violations are found, restaurant owners typically work hard to correct the problems. Their livelihoods depend on it.