Ready or Not, Here I Come

Every wondered what it’s like to play hide and seek an international level? No, me neither because it’s a stupid idea and it wont work. Though Monty Python did a sketch around it where the Englishman Don Roberts breaks the world record after finding his competitor in 11 years, 2 months, 26 days, 9 hours, 3 minutes and 27 seconds (he was hiding in a sweet shop in Kilmarnock). If you were thinking of entering, then a set of Dorset Fitted wardrobes might be your best bet as a hiding place. Try https://lamco-design.co.uk/ for some ideas.

What if I said there was one and its being going for 7 years plus it’s an annual event? Unlike the Python sketch you’re not allowed to hide anywhere in the world but in an enclosed space with natural and manufactured hiding places. Sounds a bit more appealing now doesn’t it. No? Let me run through the rules. 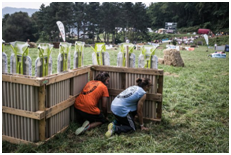 You start off with a team of 5 players, so that’s good news isn’t it? You’re not going to have to do this alone. The area is defined, and you cannot leave it, but you do get the chance to hide out in a variety of natural features such as woods or wheat fields and some manufactured ones such as hay bales, pallets and even a port aloo. As with the tradition of hide and seek one team is the seekers and the other the hiders. The objective is to get back to the start place and symbolically land on the inflatable finish pillow. It’s a timed game. 1 person form the team is the seeker and the 5 opponents have 1 minute to hide. You get 20 points for the first-person home and then 19 for the second and so on. If you’re found, you get no points and if you don’t get back in time to home base you get no points. 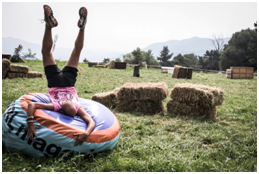 It’s called Nascondino and is the brain child of some jolly nice Italians who, whilst having a laugh and a quick game one day wondered why it wasn’t a more recognised sport. Though it was originally a joke the idea has taken off and truly become and international event. There are teams entering from Belgium, the United States, France, Portugal, Slovenia, Africa (from different countries), Japan, Australia and Switzerland. Note an absence there? That’s right, where is the UK entry into this noble sport. Can we not find 5 people to have a go? I know quite few people who are good at hiding whenever there is work on. Tell them that and we’ll storm to victory.

Its all about being yourself and not hiding so the organisers say. It’s game where both genders are included but you do need to be over 18. It’s even been considered to be nominated as an Olympic sport! C’mon Britain, lets get a team going!