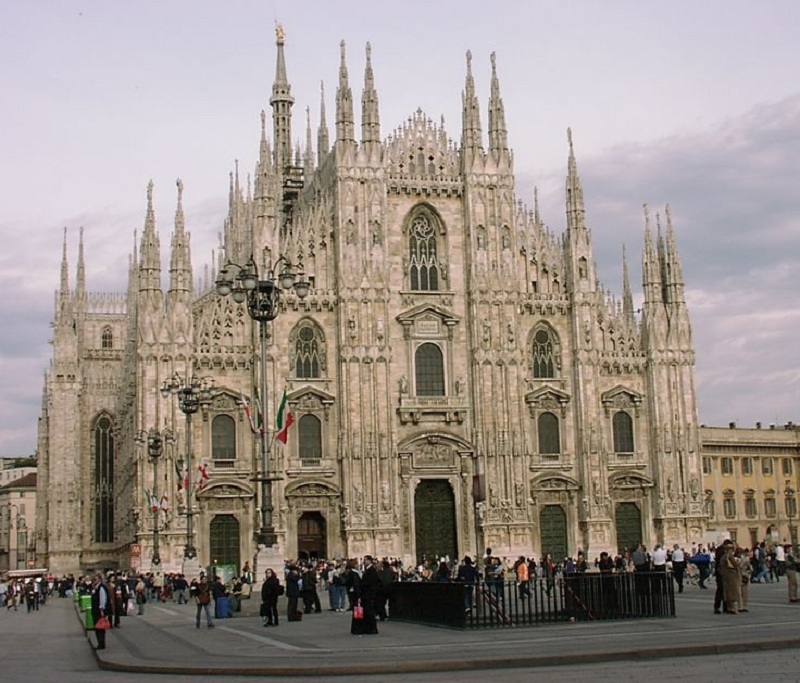 No matter what religion we profess, there is no doubt that these great constructions leave us open-mouthed during our travels. We take photos and, if we have the opportunity, we go in to discover their paintings, sculptures and stained glass.

We are going to show you 5 impressive European cathedrals, so you do not miss visiting them on your next vacation. They are really great!

Cathedrals for all tastes

There are those of Gothic style, others that follow the dictates of baroque architecture and even the most modern ones. There are even buildings that combine more than an artistic expression! So we have listed with some of the most beautiful cathedrals you can find in Europe:

The cathedral dedicated to Our Lady in the French capital, no doubt, had to top this list. If you are lucky enough to enter this temple you will be amazed by the silence that surrounds it. All the senses will awaken in awe of the smell of candles, the decoration, and the stained glass windows … A mystical air surrounds the visit to this magnificent cathedral. The abode of the hunchback and its terrible history make Notre Dame an unforgettable visit in the City of Light.

It is of Gothic architecture and its construction began in 1163 by order of the bishop Maurice de Sully. It was completed 200 years later and was one of the first monumental scales in Europe.

The rosettes are really remarkable and represent scenes from the Bible. If you climb the towers you can admire the fantastic gargoyles and incredible views of the city.

Even though it is still under construction, when you see it you will realize that it is worth going on your walk in the Catalan capital.

This Roman Catholic basilica has a design plagued with symbology. The facades, for example, describe the birth, life, death and resurrection of Jesus. In addition, it has 18 towers: 12 represent the apostles, 4 to the evangelists, 1 to the Virgin Mary and 1 (the highest) to Christ.

In each corner you can see the inspiration of Gaudí, who had only left a tower raised when he died in 1926. He is the greatest exponent of modernist architecture.

3. Basilica of St. Peter of the Vatican

It is the most important building for the catholic religion and also the biggest one of the world. It was built on the tomb of St. Peter the Apostle. Do you want to know its dimensions? It covers an area of ​​2.3 hectares and has the capacity to accommodate 60,000 worshipers. It is 218 meters long and 136 meters high and has 45 altars and 11 chapels where countless treasures are stored.

Those who make the pilgrimage through the 7 churches of Rome must pass through the Basilica of St. Peter to achieve indulgence. Its construction began in 1506 and ended in 1626. They worked in the play several important architects such as Miguel Ángel, Donato Bramante and Raphael.

Are you looking for a really rare and eye-catching cathedral, and not just by name? Then the church of Hallgrimur is your place. Besides being the tallest building in the country it has a rather unusual design to be a religious temple. His name resembles a seventeenth century clergyman and poet, Hallgrímur Petursson.

Its design represents the columns volcanic reaching the bell as a tribute to the mountains full of lava on the Big Island. Its construction is quite modern (it was built in the middle of the 20th century) and the highest part functions as an observatory.

It is located in the heart of Vienna, a cosmopolitan and varied city like few. So, if you are passing by there is no way to go unnoticed. It stands out, in addition to its size, to be built with colored mosaics on the roofs. It mixes several styles (baroque and late Romanesque among others) while remaining beautiful.

All the decorative elements of its interior have their symbolism. Gargoyles are the most attention-grabbing, thought to drive away evil spirits. The current construction was erected on the ruins of two former churches.

Each one of these cathedrals has its characteristics that make it special. Besides being a must see on a typical tour of the cities where they have been built, they are impressive vestiges of history. That’s why it’s worth going through!