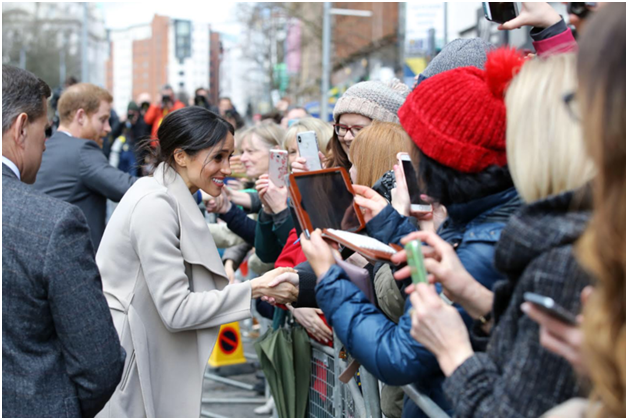 With over 29,000,000 people turning in to see the wedding of Prince Harry and Meghan Markle, it’s probably fair to say that an awful lot of photos of the happy couple were taken on 19th May. Many of these will have been by professional photographers for large news organisations, whose photos would then have gone on to appear in magazines and newspapers across the world.

One such photo, taken by Press Association staff photographer Yui Mok, was taken from the rooftop of the George IV Gateway in Windsor Castle and, because of the unusual angle and the intimate portrait it presented of the happy couple, immediately went viral on social media.

The aerial shot showed Harry and Meghan in their carriage after the ceremony looking out at the crowds there to celebrate their wedding day. It also showed them holding hands in a way that created a heart-shape. The photo quickly gathered 82,000 likes on Twitter and 14,000 retweets, with people describing the image as exquisite and naming it Diana’s view in memory of Harry’s late mother.

It’s the type of photo many newlyweds would probably love for their special day, ones Kent Wedding Photographer http://www.tylermadephotography.com/wedding-photographer-kent/ could help you create.

How did Yui Mok take the photo?

Yui Mok took to Twitter to explain how he managed to take the photo some were already calling iconic. Mok took the shot just as the carriage passed under the gateway. It was not the type of picture he expected to be taking. What also made the day different for him was that he took a lot fewer photos than he usually would at such a big event, making this one even more special.