The arrival of Saint Patrick in Ireland

On the seventeenth of March the whole of the western world goes Irish. Or should I say an approximation of what being Irish is.  If that was just drinking Guinness and wearing colourful green Top hats then they have got it nailed but it is in fact meant to be a celebration of the coming to Ireland of the Countries Patron Saint St Patrick or Padriag to use his Gaelic name. His story is one of triumph over adversity and certainly deserves a telling. So get a nice pair of Mens Aran Sweaters from Shamrock Gift at the ready and settle down. 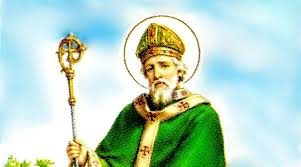 Ireland was viewed as a strange island. Not even the Roman’s were keen to invade it as they viewed it from the shores of West Britannia. The inhabitants were fierce and supposedly ruled by a race of Superhumans called the Tuatha De Dainn. Pirates from Ireland captured the young Patrick in a raid and took him back as a slave. He served for 6 years in the country as a shepherd and during the time considered the words of the Lord and was converted having previously been a non believer. He learnt the Gaelic language and escaped back to Britain.

He performed his first miracle with the finding of wild boars for his starving shipmates after they wrecked on the coast. Returning home he resolved that he would bring the Christain religion to the Irish and was given ascent to do so. He did this by using the Shamrock to illustrate the holy trinity and it is a potent symbol even to this day.