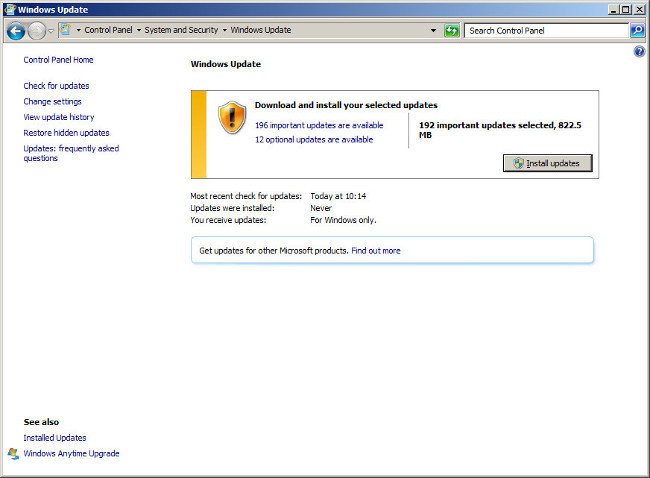 One of the biggest nuisances faced by many companies and professionals working in front of a computer are operating system updates. In many cases, he interrupted his work both decide to disable them.

Maybe that’s why Microsoft will simplify installing updates Windows 7 and 8.1. The new model will be similar to Windows 10, where a single patch is responsible for updating all.

Thus the second Tuesday of each month users and businesses only have to worry about installing an update. In addition, they will be cumulative, i.e. add up all the patches that have not applied the update on a single computer. For companies that apply updates individually on each computer and for self – employed will be an advantage.

For companies that use WSUS system to update their equipment will also work this type of new updates that are scheduled to be put in place from next October and refer only to the security updates, which are those that generally apply the companies.

To give an inconvenience we could say that the possibility is lost off an individual update in case involving a program or basic system for our company. In this case, you can get the opposite effect to that intended, that companies do not apply any security patch.

The big advantage will come when we have to install a new computer or reinstall the system ** one of which we are operating. Today it is not uncommon to see how after installing Windows 7 then lounged two days for updates and finally end up applying 180 outstanding patches.