How Manchester Shaped the Politics of the World

Manchester today is a thriving metropolitan city, like many cities across the UK that has been shaped by the industrial revolution and the people of the city. It is home to many people, from all different cultures and businesses both multi national and local such as CCTV Manchester company https://www.red-dam.co.uk/ – but did you know that communism as we know it has its roots in Manchester?

Friedrich Engels, the writer of The Communist Manifesto, was sent to Manchester from Germany to work in his father’s textile mill. It was here that he spent time mixing with workers and reading books on the economic landscape of England. He was extremely well educated and able to speak in many different languages. It was in Manchester that Engels and Karl Marx set about setting up their ideas for modern communism, writing books including the German ideology to promote their vision. 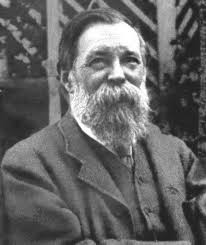 Karl Marx, worked with Engels to revolutionise the class struggles of the working man, and is a hugely influential figure in communism as it is today. Sadly, he did not live to see his dreams come to fruition, but since his death, many countries adapted to his way of thinking, taking the Communist manifesto as a guide. His most important work, Das Kapital was described as the bible of the working class.

Manchester saw many reforms in working standards thanks to the influence of Marx and Engels, which then spread throughout the UK and around the world.